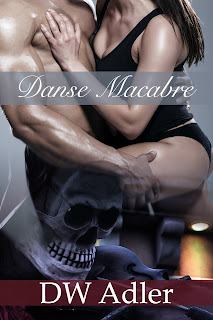 Another winner from Brenda Sparks!

Woohoo! Deadly Alpha, the second book in Brenda Sparks' Alpha Council Chronicles series is now available! Do yourself a favour, run out and get this book immediately, it is well worth the read. 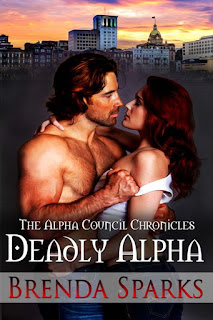 Hot sex. No regrets. Vampire Marcus Botticelli has spent his life playing the role of the fun-loving playboy. Unfortunately that lifestyle came to an abrupt end for Marcus when his life was turned upside down by his sire. Now in a new city, a new home, he hopes to make a fresh start.


Set on some big changes in her own life, Christina Prescott’s plans are sidetracked when she meets the rich and powerful Marcus. Though the nurse mends the Alpha’s broken heart, he isn’t the only one who needs healing when a depraved darkness seeps into their lives.


As passion burns between the two, evil works to smother the flame of love and separate the heartmates for its own gain. With his heartmate missing, Marcus fears his claim to everlasting love will be destroyed and he will be damned to a life of insanity without Christina. 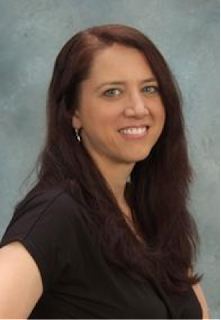 Author Bio:
Born in Virginia, Brenda Sparks now resides in the Sunshine State.  Balancing her professional commitment to the local school district with her writing is challenging at times, but writing suspenseful paranormal romances is a passion that won’t be denied. Her idea of a perfect day is one spent in front of a computer with a hot cup of coffee, her fingers flying over the keys to send her characters off on their latest adventure.  Brenda loves to connect with readers.  Please visit her online or stop by her website to say hi. www.brenda-sparks.com

Marcus rose from his machine and headed for Christina with the swagger of a male tiger prowling after its mate. His eyes darkening in hunger, he quickened his stride, eating up the space between them.
“Did I do something wrong?” asked Christina.
Her reply came in the way of a rush of cool air when Marcus used his preternatural speed to cross the gym and scoop her up in his arms before pressing his lips to hers in a crushing kiss.
“That stretching was the sexiest thing I’ve ever seen,” he managed to bite out before he kissed her again.
Marcus pinned her against the wall next to the sauna door, his body pressed into hers. Christina wrapped her arms around his neck and returned his kiss with equal urgency. His hunger fueled her desire. He built the lust between them, letting their passion mix in their mindlink until, like a tornado, their desire circulated between them, building until it became an unstoppable whirlwind.
Nicholai opened the door to the sauna and made a hasty exit.
“Get a room, you two.” Nicholai glanced at them quickly, a smile on his handsome face.
Marcus grabbed the open sauna door, catching it before it closed as he broke their kiss. “Sounds like a plan. I think this room will do.”
Posted by Unknown at 8:28 AM 1 comment: