Classic COS Ghost Story - A Bed With A Beating

Out of all the ghost stories on the Castle of Spirits website, this has to be my favourite title. :)

A Bed With A Beating

It was about 4 years ago when this happened to me, I was about 10 at the time,and I had just got bunk beds from some friends of the family. Once I got the bed home, I had my Dad place it in the center of my room, I'm not sure why but that's where I wanted it. One night, about a month after I had received the bed, someone or something was punching me in my back, not a friendly tap, but it was as if someone was punching me or throwing a ball at my back. I freaked out, and turned to see what was doing it, but there was no one there. After that I went and slept in the living room.

A few nights later I decided to go back to my bed, and the hitting happened again, but this time, I had a dream. And there was this man in white in it who had white hair and red glowing eyes, and he was throwing a ball at me, sorta like we were playing tennis, every time he threw the ball I missed hitting it, it would hit me, and I would feel it as thought some one was right there punching me in the back. I then started hitting the ball back in my dream,and the ball would hit him,and after a while I guess I won the match because the man (if he was really a man) just disappeared. After that I had no strange experiences while sleeping in that bed, but I still had a feeling that he would come back, so I gave the bed back to the people I got it from.
Posted by Unknown at 1:17 PM No comments:

Alpha Mine by Brenda Sparks 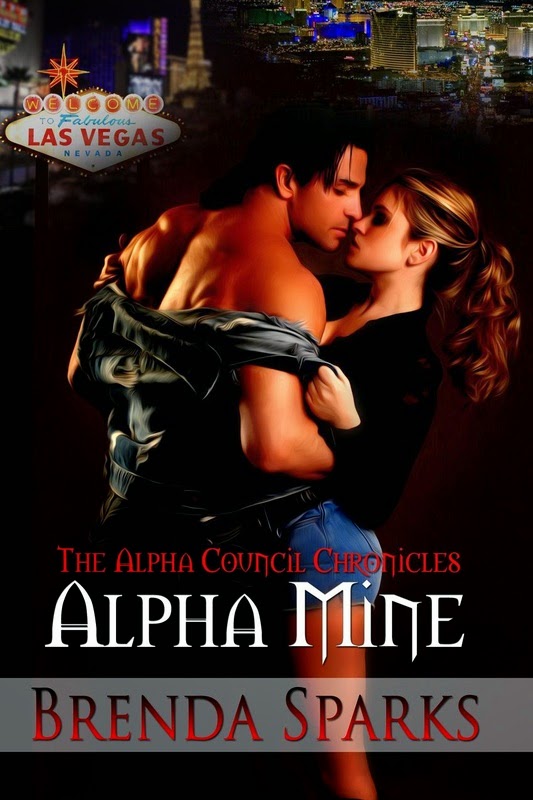 Available at www.amazon.com
In the shadows of the night, there exists a band of warriors--a group of vampires, known as the Alpha Council. Their formidable leader, Stephan von Haas, has vowed to protect not only his kind but the humans existing alongside them. His duty comes before all else--until a sassy blonde saunters into his life.
When a sensual, dark-haired stranger walks into Katrina Spencer's life, he stirs her deepest desires and sweeps her into a world beyond her wildest dreams. But when Katrina is targeted by Stephan's enemies, reality shifts into something violent and deadly, as she is thrust into a realm where vampires stalk the shadows and vengeance is coming for her. Together they will confront an extraordinary destiny of peril, passion, and dark pleasures. But when one horrid mistake brings retribution, their love may pay the price.
Bio:
Brenda Sparks has always loved all things spooky and enjoys incorporating paranormal elements in her writing. She refuses to allow pesky human constraints to get in the way of telling the story. Luckily the only thing limiting her stories is her imagination. Her characters are strong, courageous, and she adores spending time with them in their imaginary world.
Her idea of a perfect day is one spent in front of a computer with a hot cup of coffee, her fingers flying over the keys to send her characters off on their latest adventure.
Brenda loves connecting with readers. To connect with Brenda or for more information on her books, including excerpts, free reads, and more, go to: www.brenda-sparks.com
Posted by Unknown at 12:50 PM 1 comment:

The Castle of Spirits Blog - A New Beginning

Welcome to the new Castle of Spirits blog, a companion to www.castleofspirits.com. This blog will feature the new and best-of stories from the website, as well as the latest in paranormal books from a variety of authors. There may also be the odd spooky picture posted where we all get to decide if it is real, photoshop, or lens flare.

Castle of Spirits was founded in 1997 by Rowena Gilbert, an Australian woman who had an affinity for the paranormal. Rowena loved reading regular people's experiences with ghosts and other things that go bump in the night and she grew Castle of Spirits into one of the largest archives of ghost stories on the Internet.

Rowena passed away in 2008 and since then I've taken the reigns and tried to keep the legacy alive. I continue to post new ghost stories as they arrive in my inbox and am now trying to grow the site by featuring paranormal books by indie/self authors and smaller publishers that don't have the advantage of big publishing house advertising dollars behind them.

So come on in, pull up a chair, and let's share our spooky stories.
Posted by Unknown at 12:05 PM No comments: